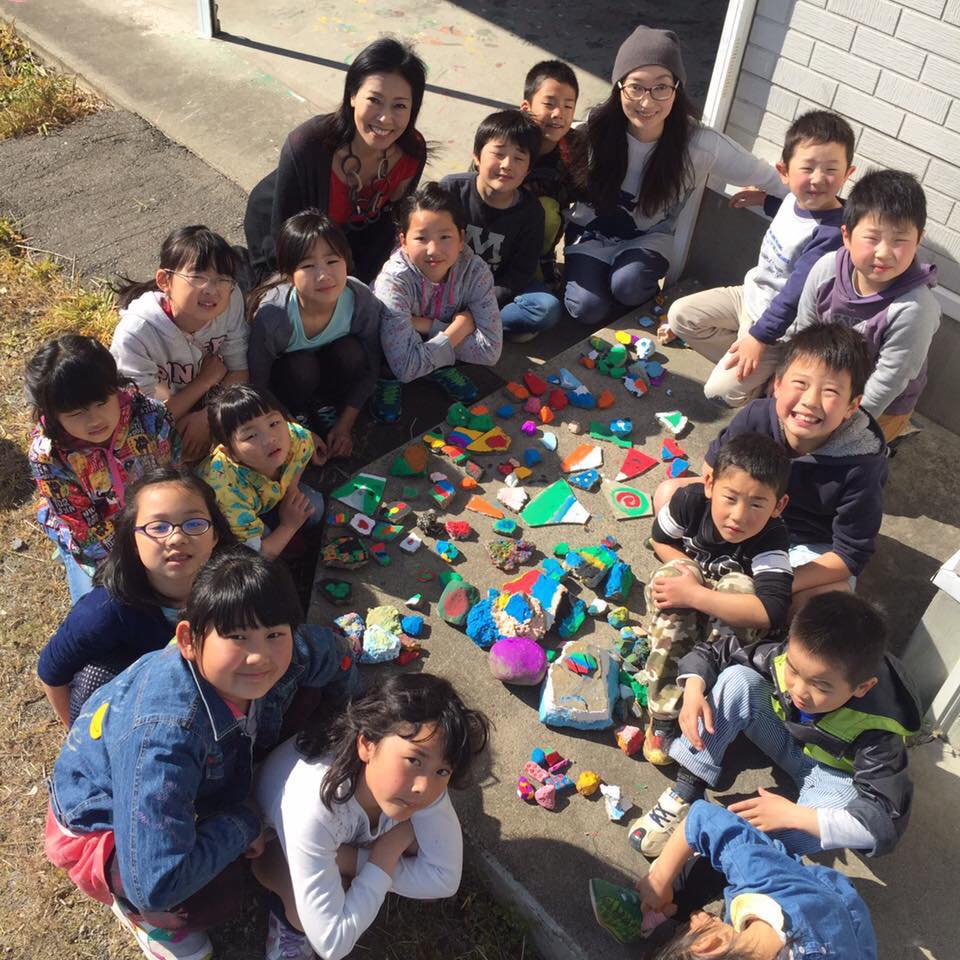 In 2017, throughout the world Kids Earth Fund held 75 workshops and interacted with many children.

In May, the Manchester bombing killed 22 people, including an 8-year old girl, and injured 64 people, 12 of them being children under the age of 16. To help encourage the children in England, we asked children in Japan to create bright and energetic pictures which we then sent to the Embassy of Japan in London. These pictures went to the school the little girl had attended in the hopes of helping to brighten the other children’s hearts.

Four days after the earthquake and flood that occurred in northern Kyushu in July, we visited the affected areas to hold four workshops. Through these workshops, we were able to connect with and support the children whose lives had just been affected by the incidents.

After the Central Mexico earthquake occurred in September, children in the affected areas were forced to live in a sheltered elementary school in Cuernavaca in Muerlos and shelters in poor areas. From October 25th to the 31st, we held workshops in four locations to help these children, including in Mexico City.

The following month, we visited an area in Sonoma area of the United States which had been affected by a forest fire. We held 14 workshops for about 450 children in the affected area.

We continued to stress the importance of being able to convey and express feelings and thoughts through artwork with workshops both in Japan and overseas at sites such as pediatric wards, children’s homes, Kids Earth Homes, children’s nursing homes, and Tohoku and Kumamoto disaster areas.

We offer our deepest gratitude for the support that everyone brings to Kids Earth Fund.

Next year, Kids Earth Fund will celebrate its 30th anniversary.

Looking back over the course of the past year, through the workshops we were able to convey and stress the importance of expression to the children during times of illness, conflicts, and disasters.

In the new year, we will continue to work closely with children and deliver warmth to children in the future.

We look forward to and thank you for your continued support of Kids Earth Fund. 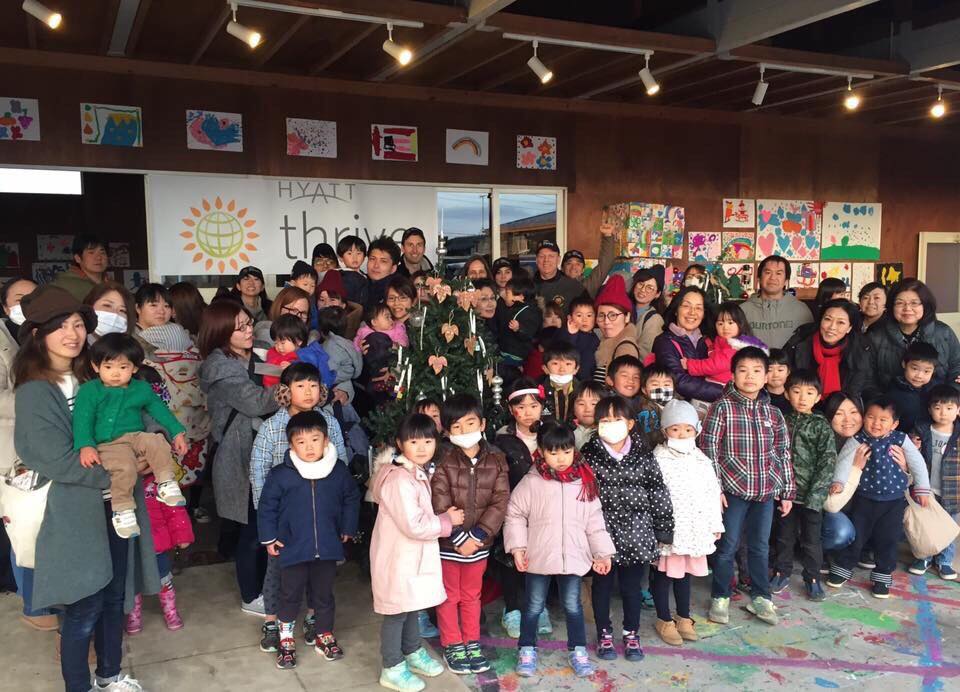 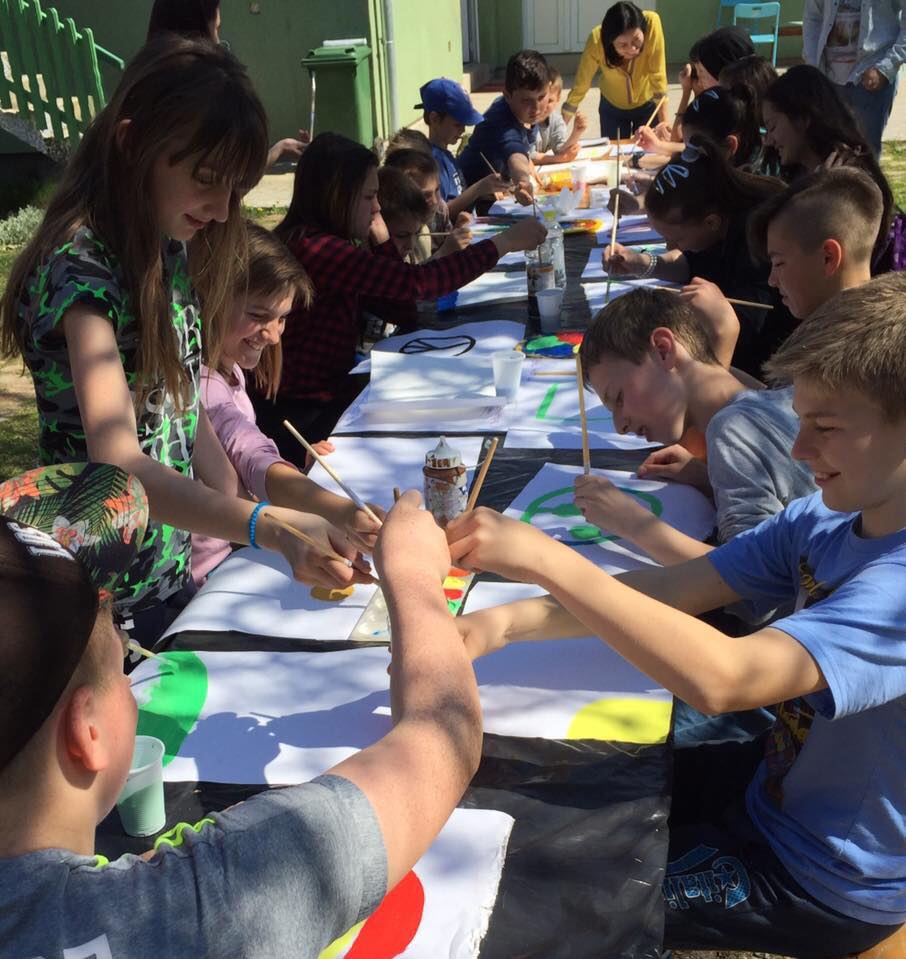 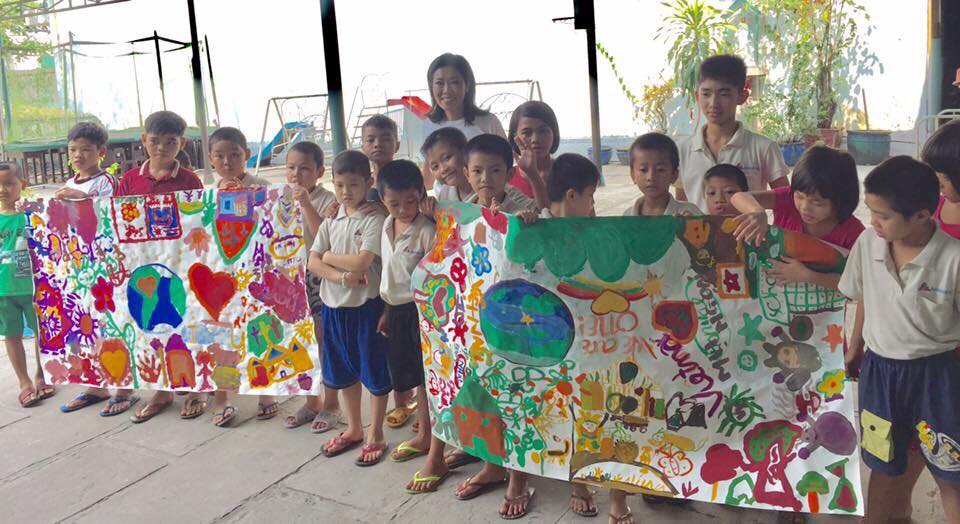 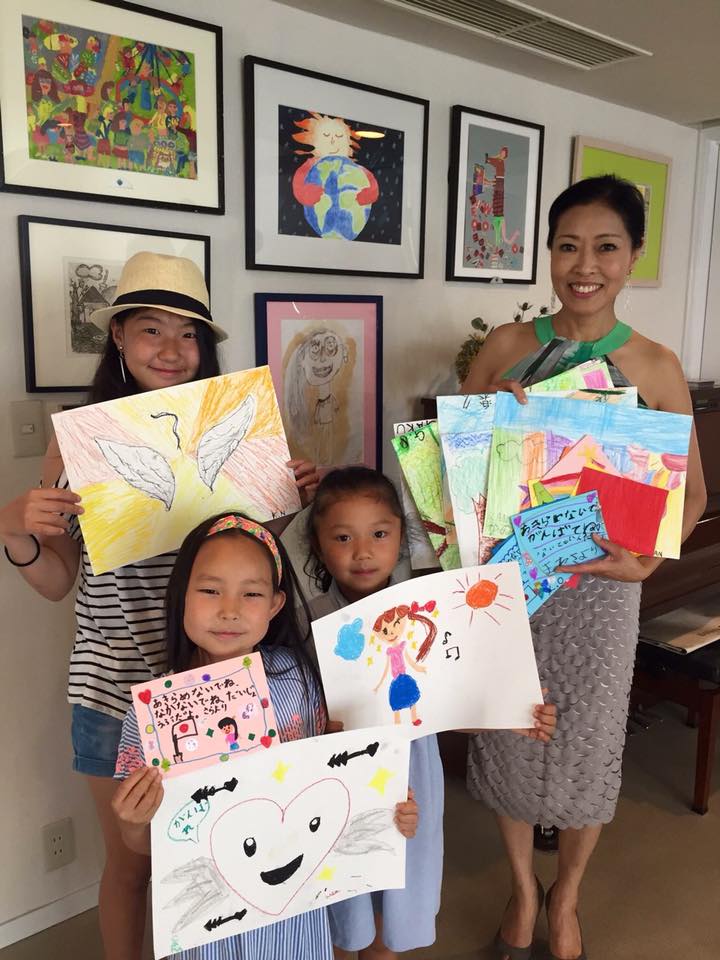 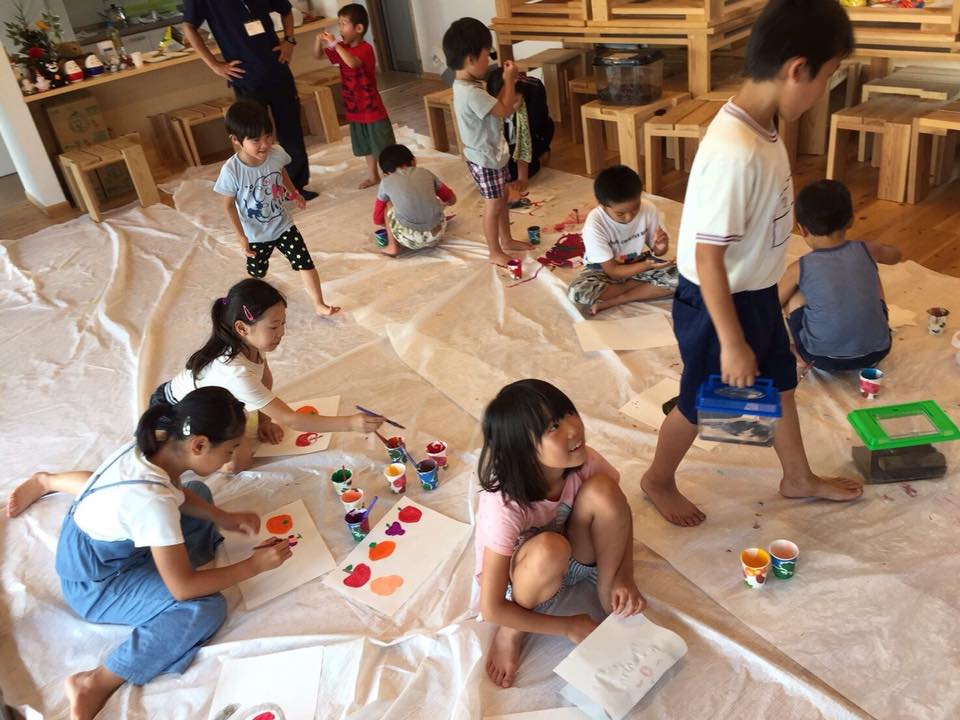 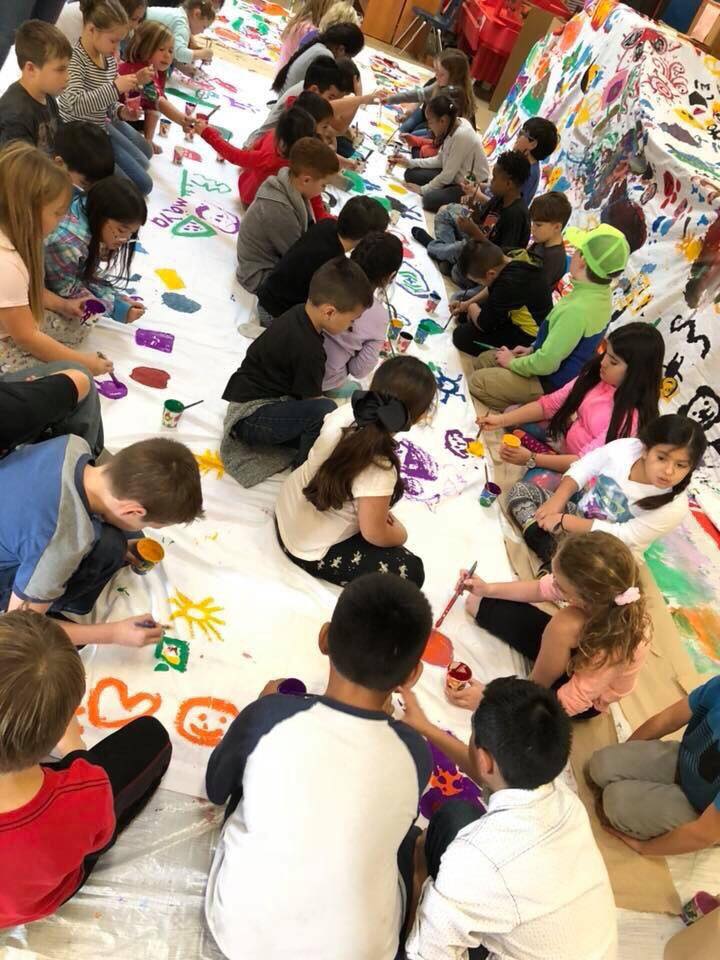 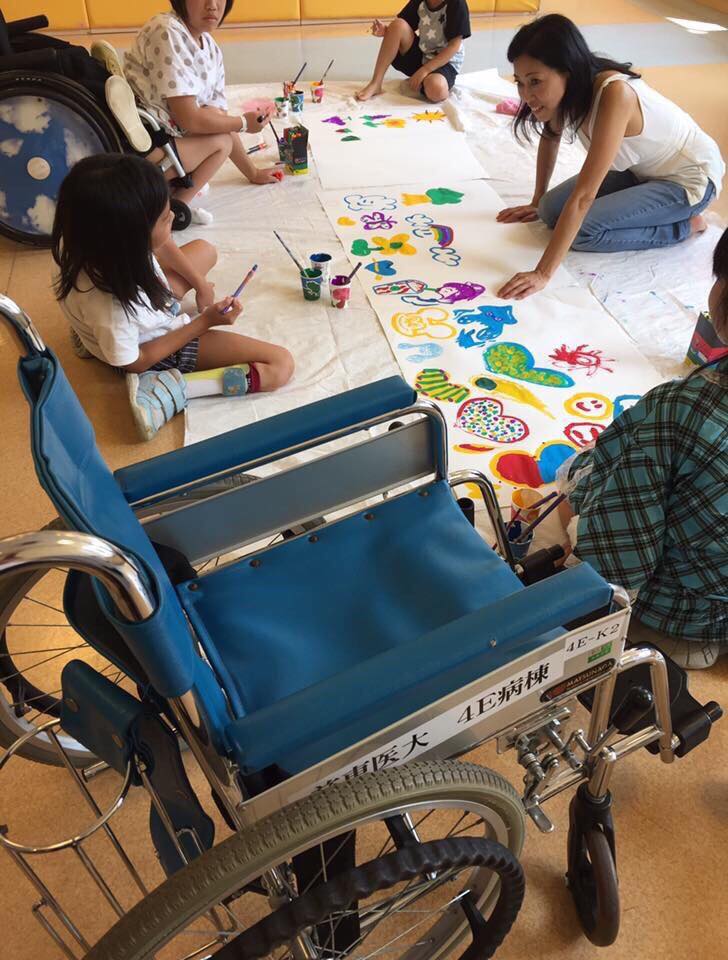 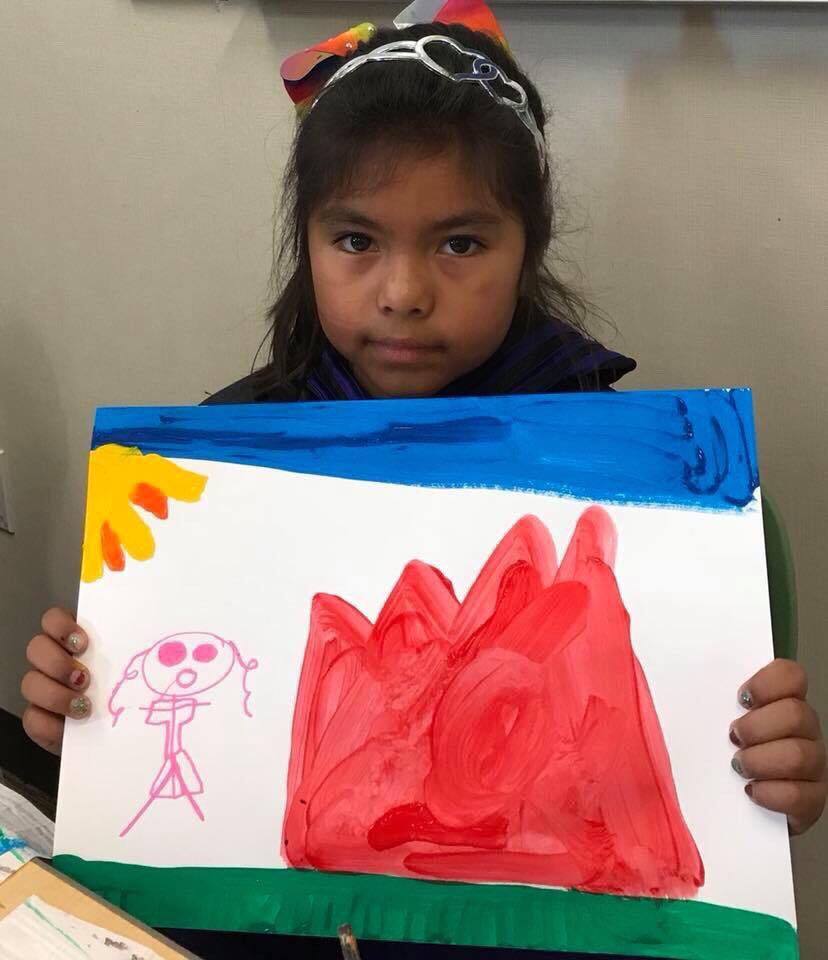 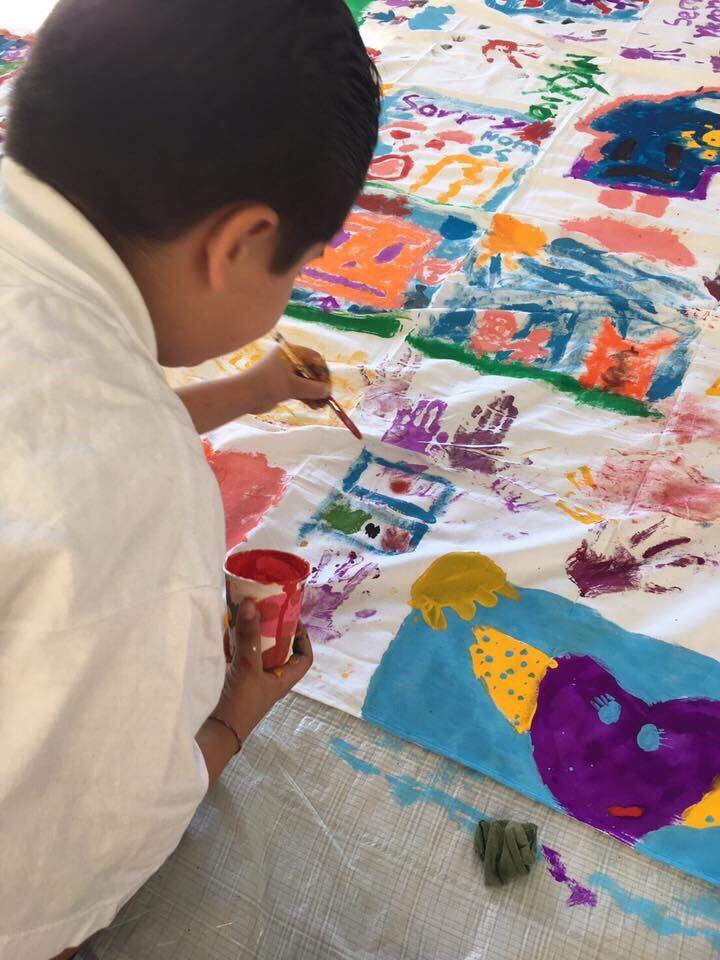